Course roles can be used to assign different permissions to users depending on what course they are in.

User Roles can only be managed by Users who have "Manage organisation settings" enabled.

To manage User Roles go to Settings and select User Roles from the Jump to section... dropdown: 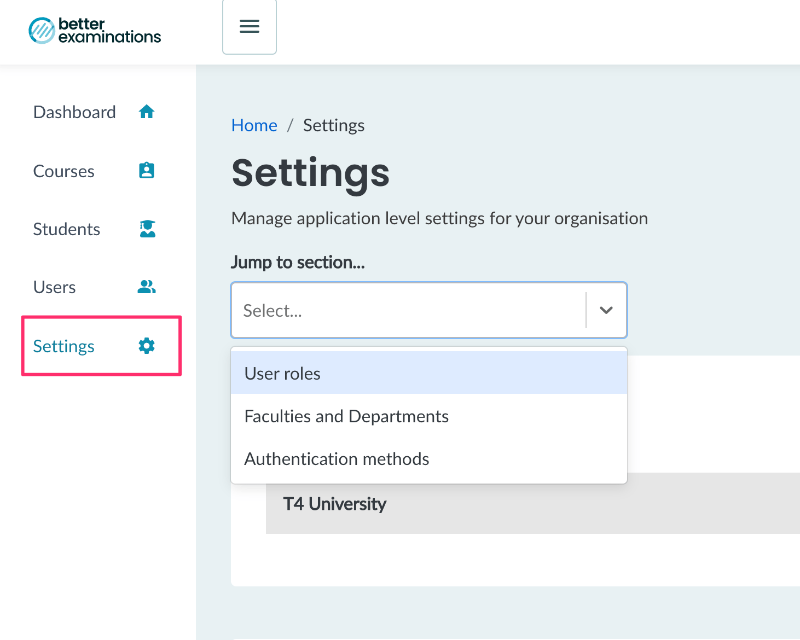 The User Roles section lists the existing Roles and tells you the number of Users who have the Role assigned to them.

To create a new User Role select +Create user role to display the Edit role window where you can name your User Role:

To manage an existing role select the User Role name or the Manage role button to show the Edit role window: 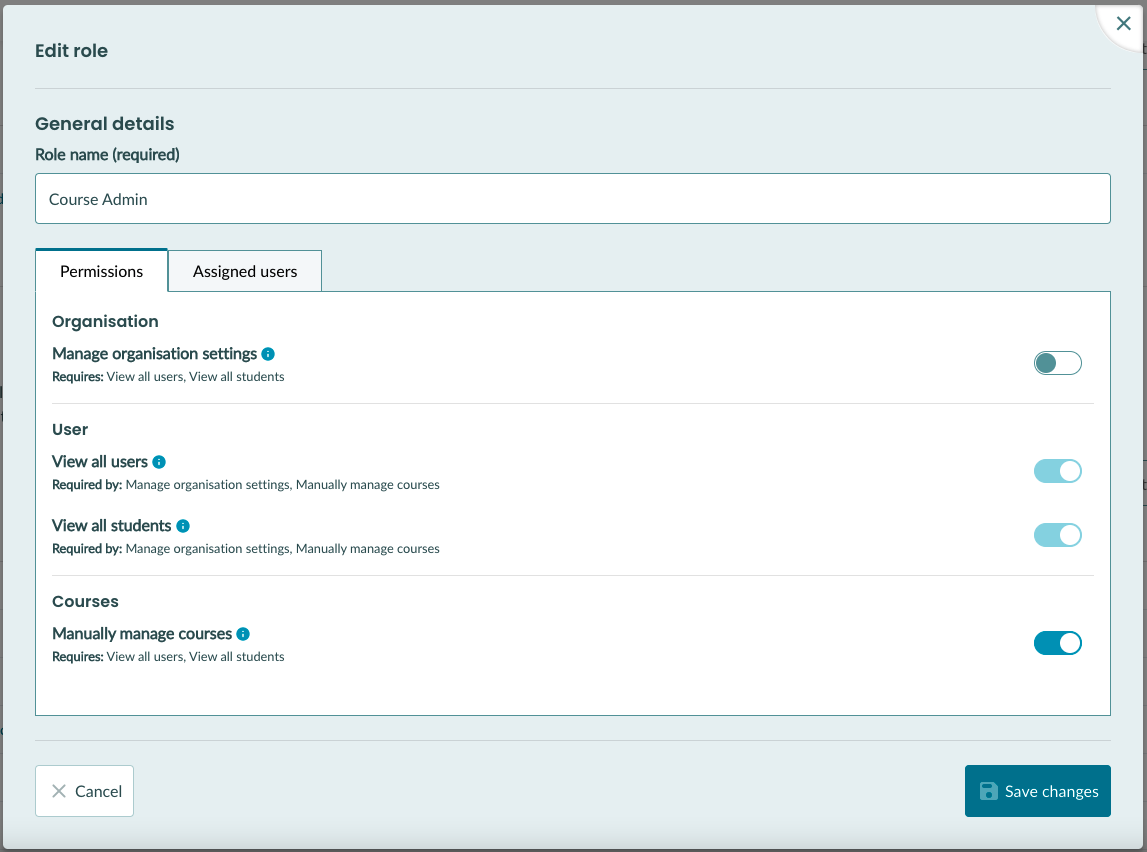 Role permissions are broken up into four categories and each category has a set of permissions that can be enabled depending on your role requirements:

Select the "Assigned users" tab to associate a user with a role. Users can only be assigned one Role. Users with an existing Role display their Role name and cannot be selected. 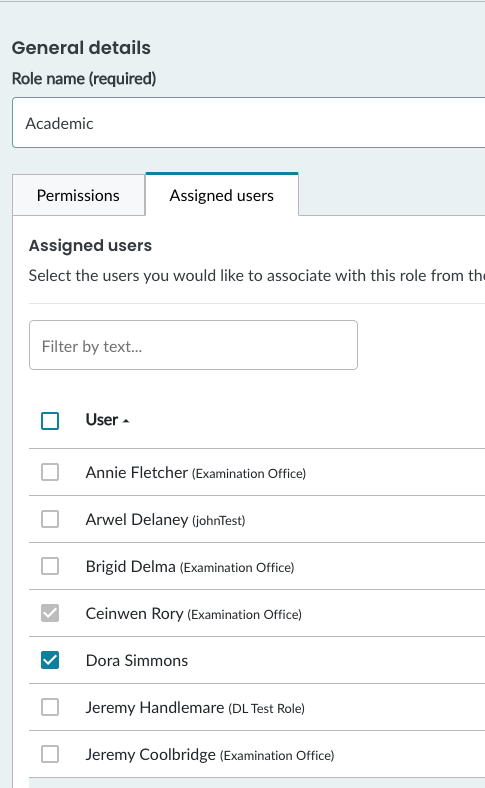