The equivSymbolic method checks that a value mathematically equivalent to the value required, even if they are in different forms.

The equivSymbolic method checks that the value entered by the student is mathematically equivalent to the value that the question author has set in the validation, even if they are in different forms.

Use equivSymbolic when working with equations, or other input with variables, where order or form is not important. For example, if the task is to multiply 3 and 2, any response that is mathematically equal to 6 will be considered as correct, such as 6/1, 12/2, 3+3, 6.0.

In this example, any value that is equal to 100 will be considered as correct. 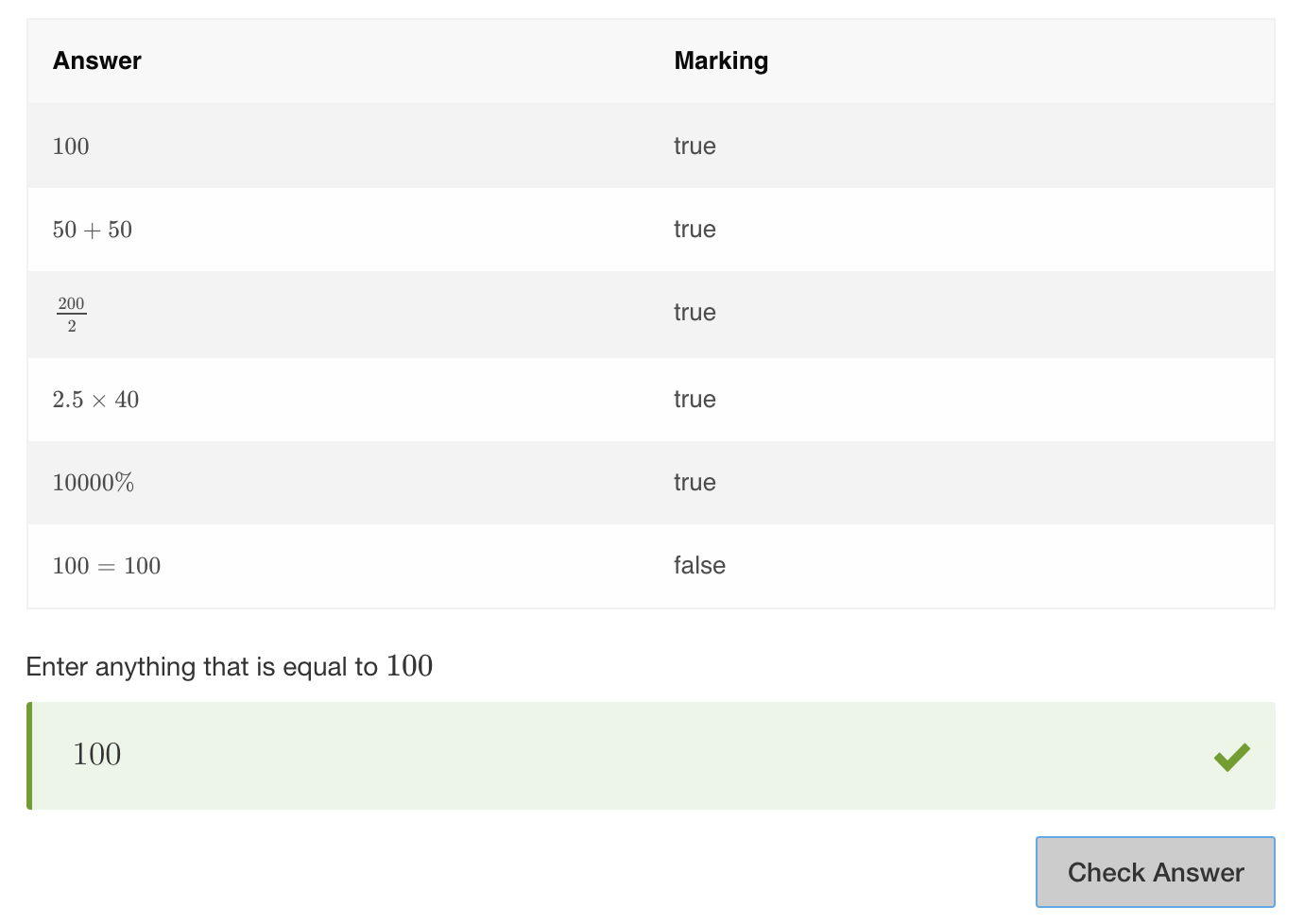 Example 2 - equivSymbolic fill in the blanks 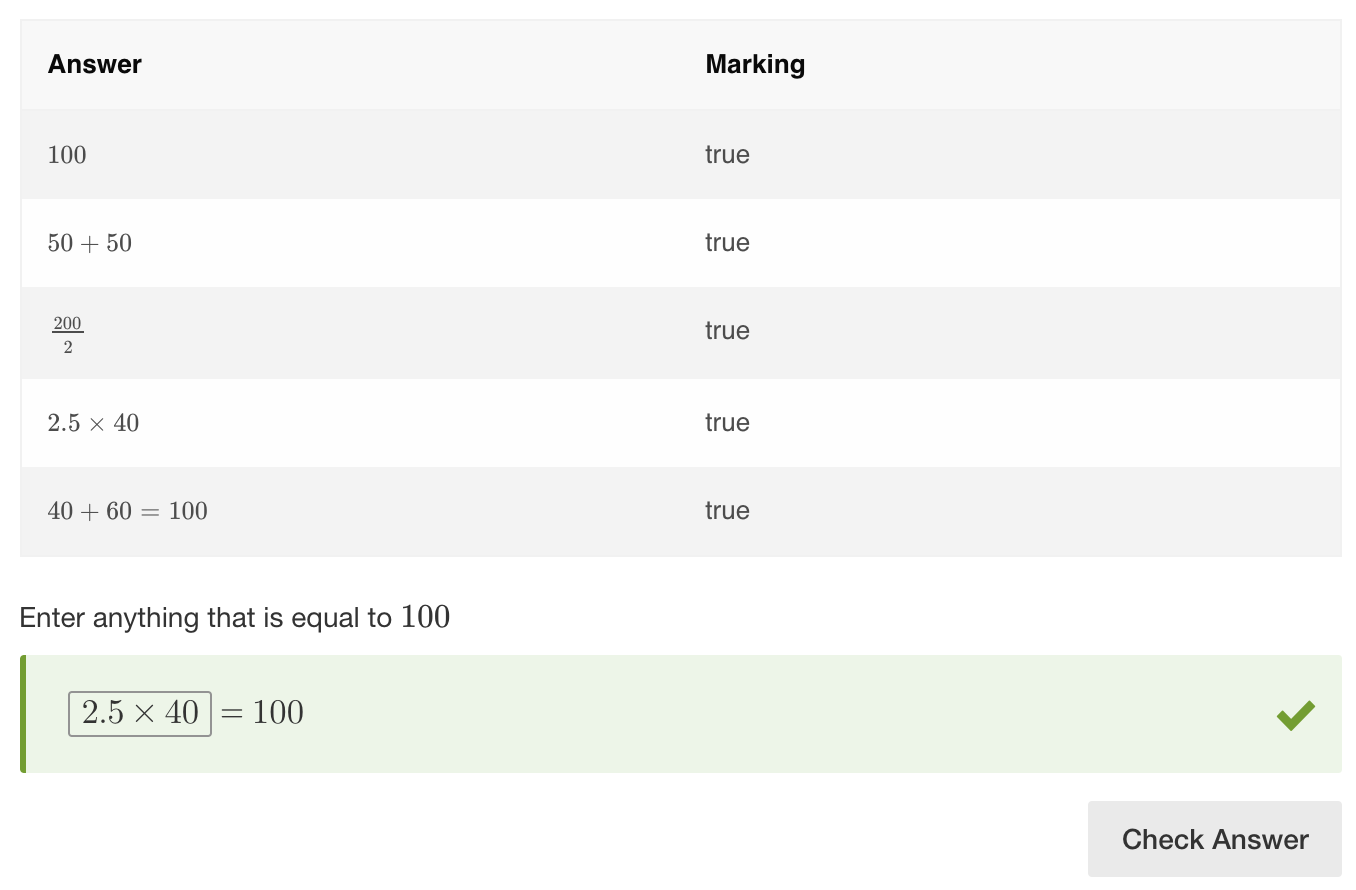 Example 3 - equivSymbolic fill in the blanks

This is a similar example, only with two blank spaces that have to be filled in. Two values that are equal to 100 must be entered in the response boxes. Order is not important. 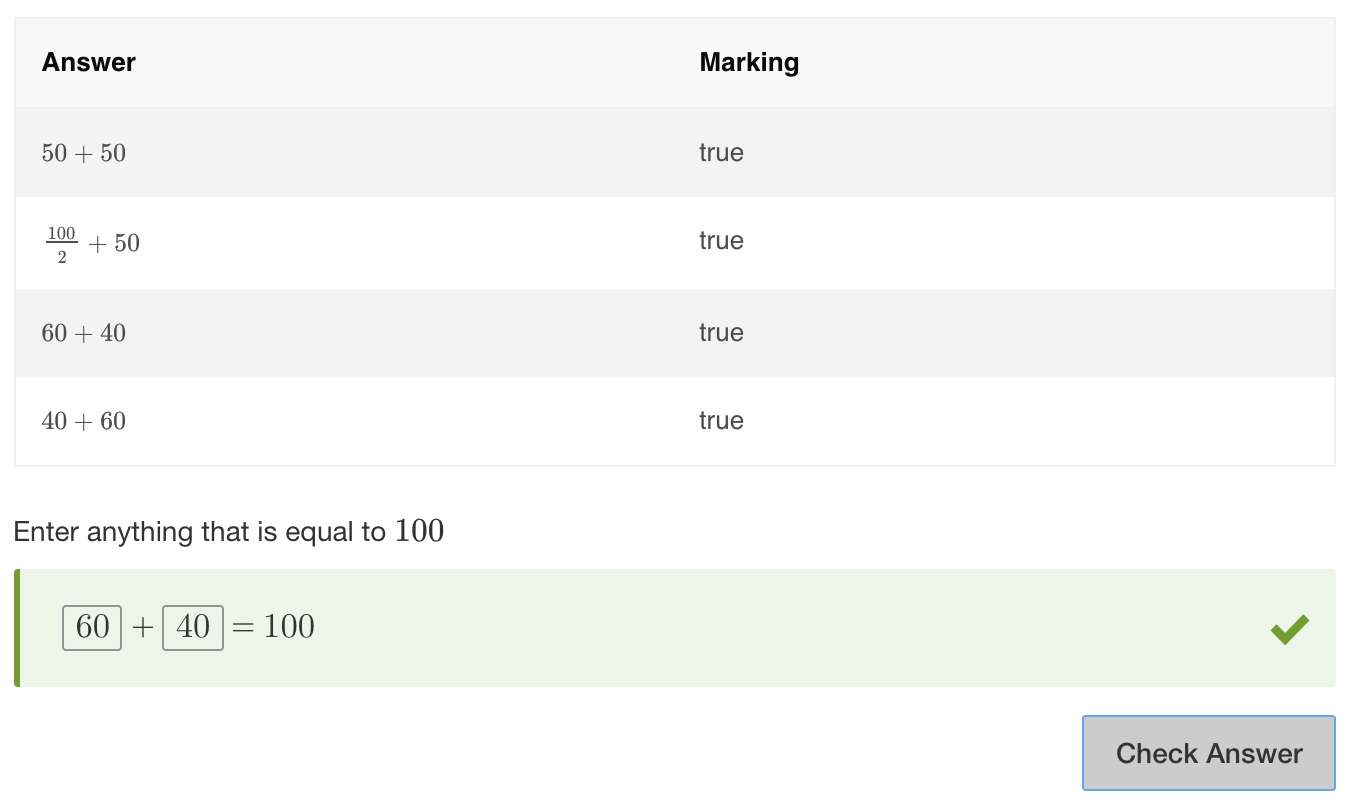 Example 4 - equivSymbolic fill in the blanks

This example has 3 empty boxes. The valid response is set to 2+2=4. As neither side of the equation has a set value, it is scored as isTrue. Any equation inserted in the response boxes will be correct as long as it represents a mathematically correct equation in the form x+y=z. 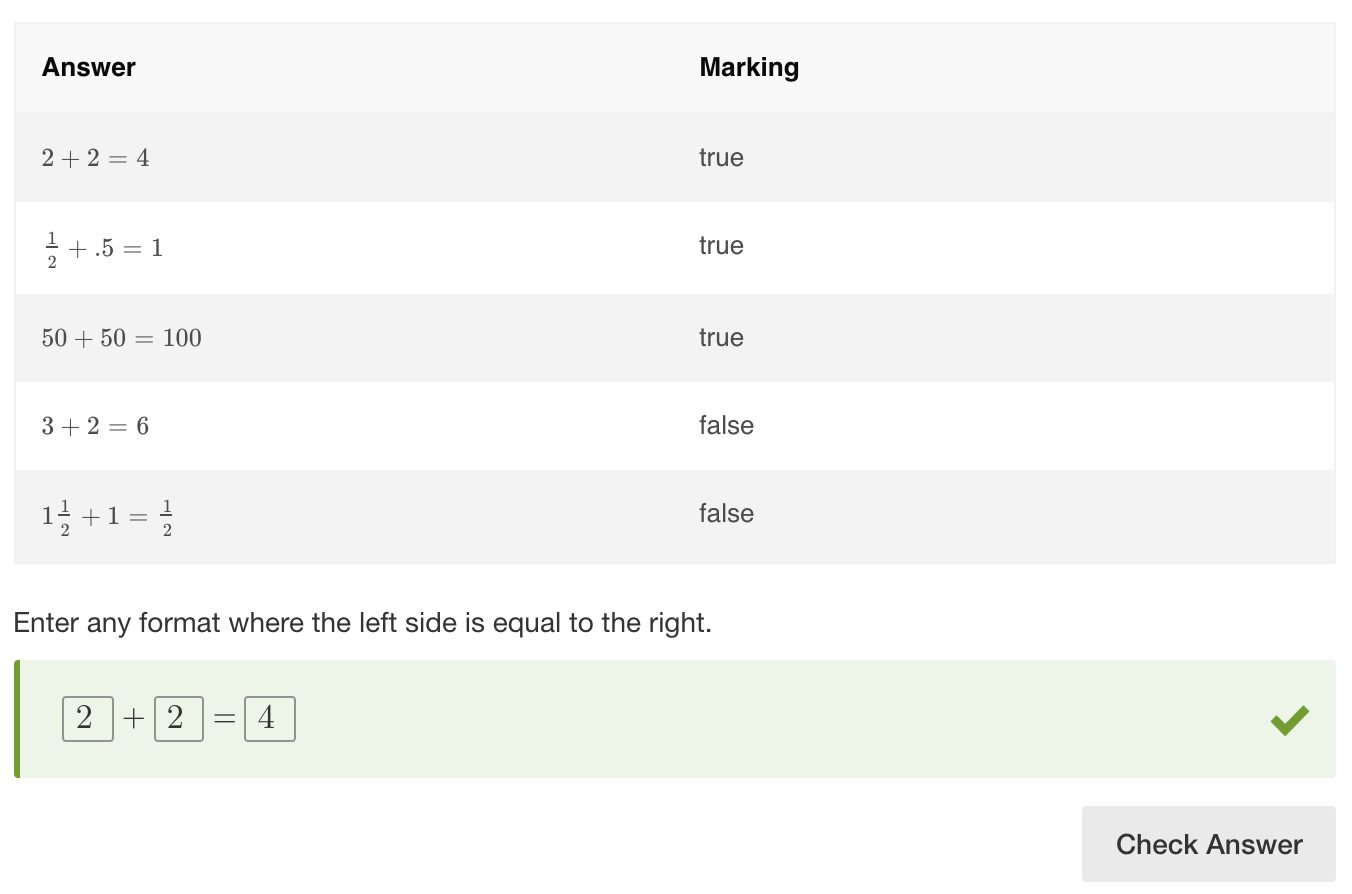 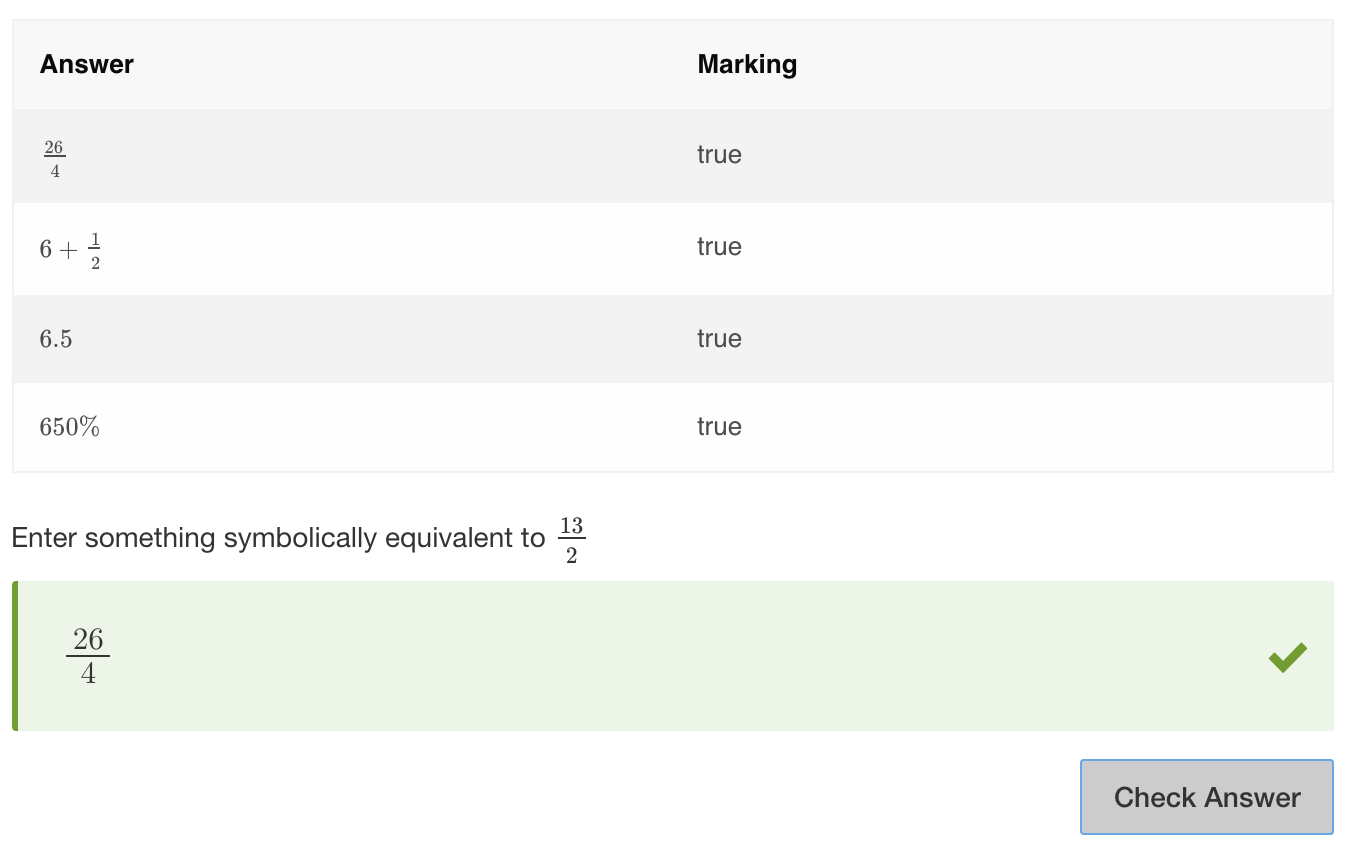 equivSymbolic can also be used with variables. 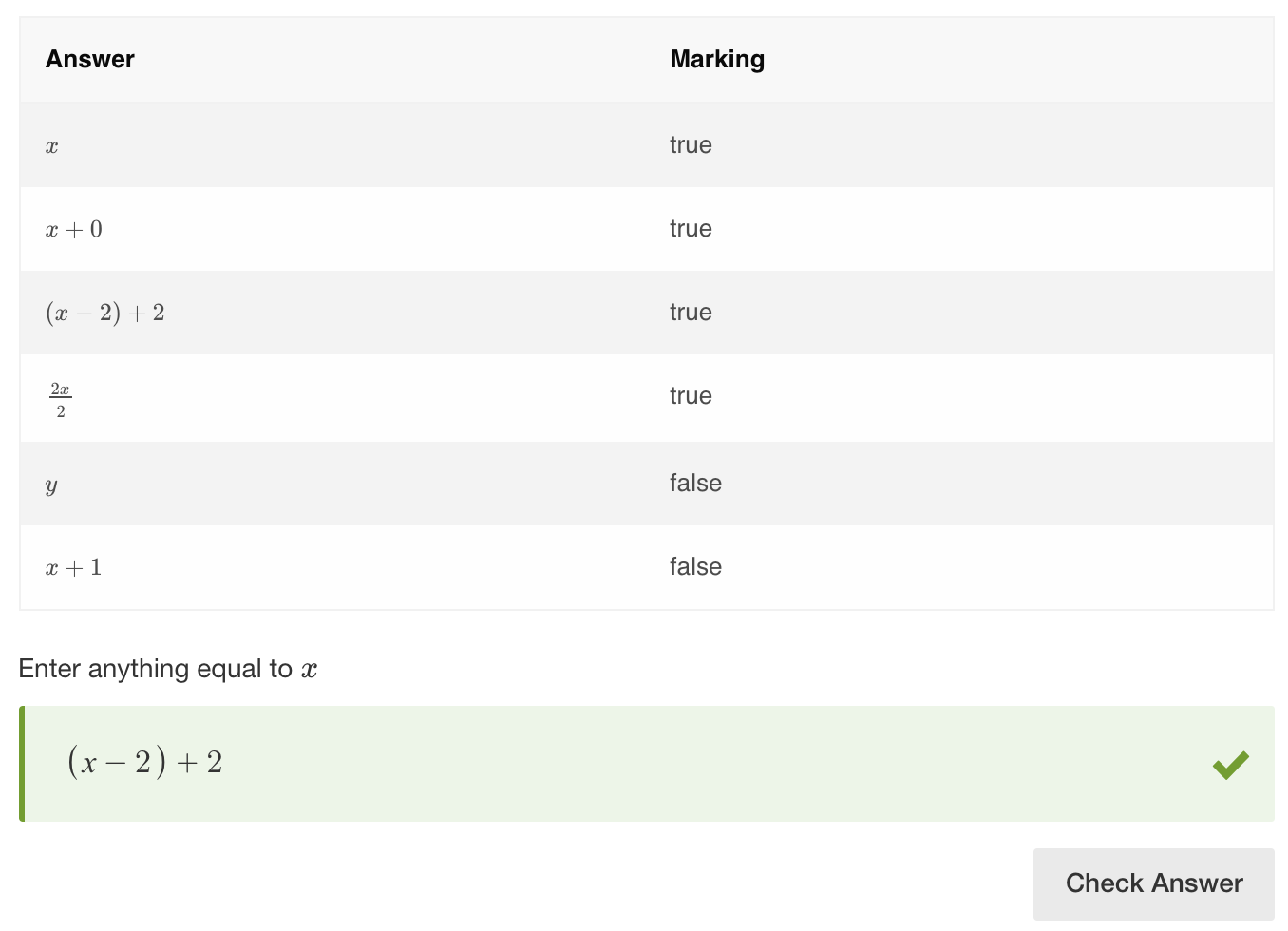 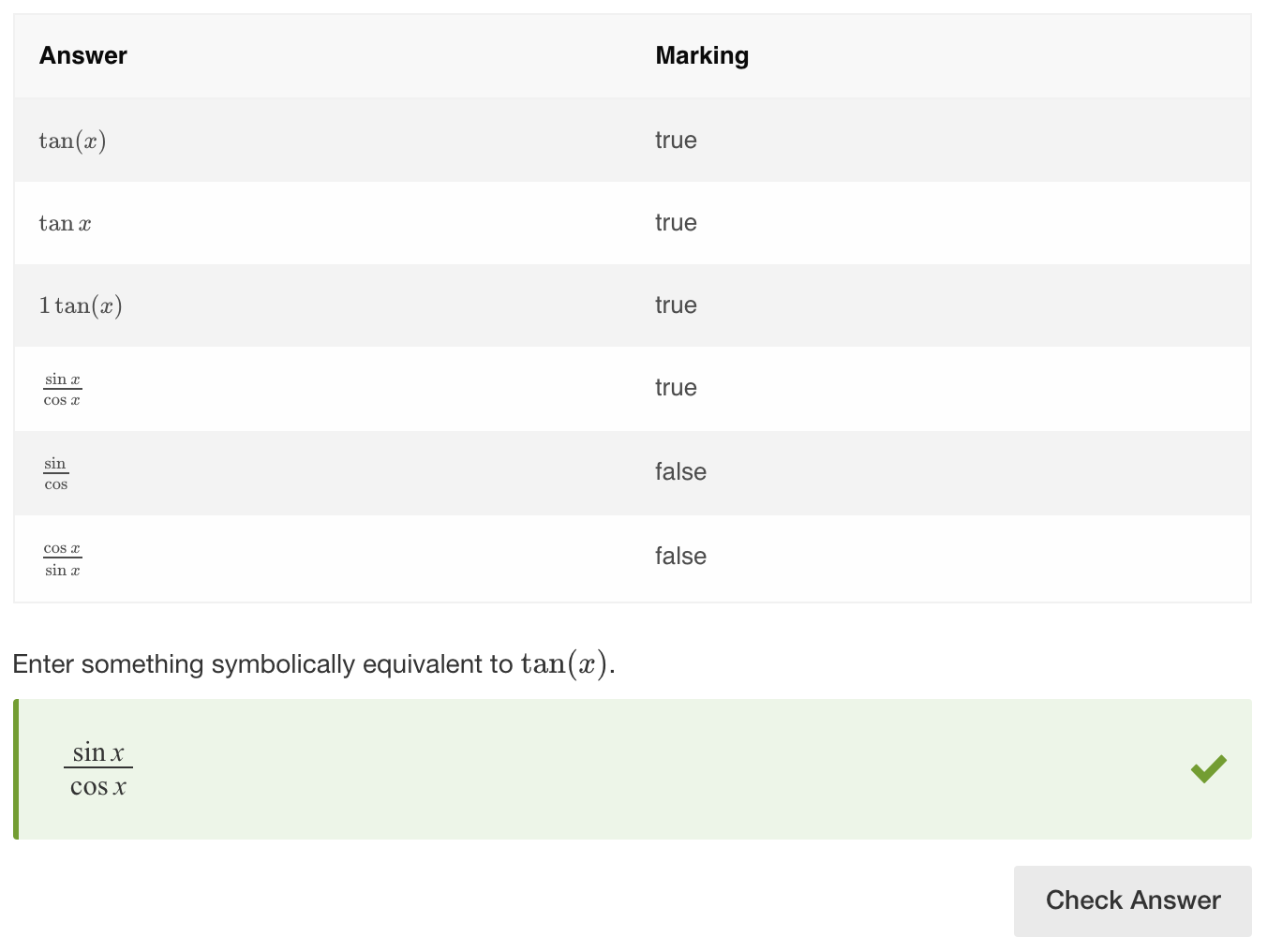 In the example below, an expression in any form that is mathematically equivalent to the one in the stimulus will be correct. 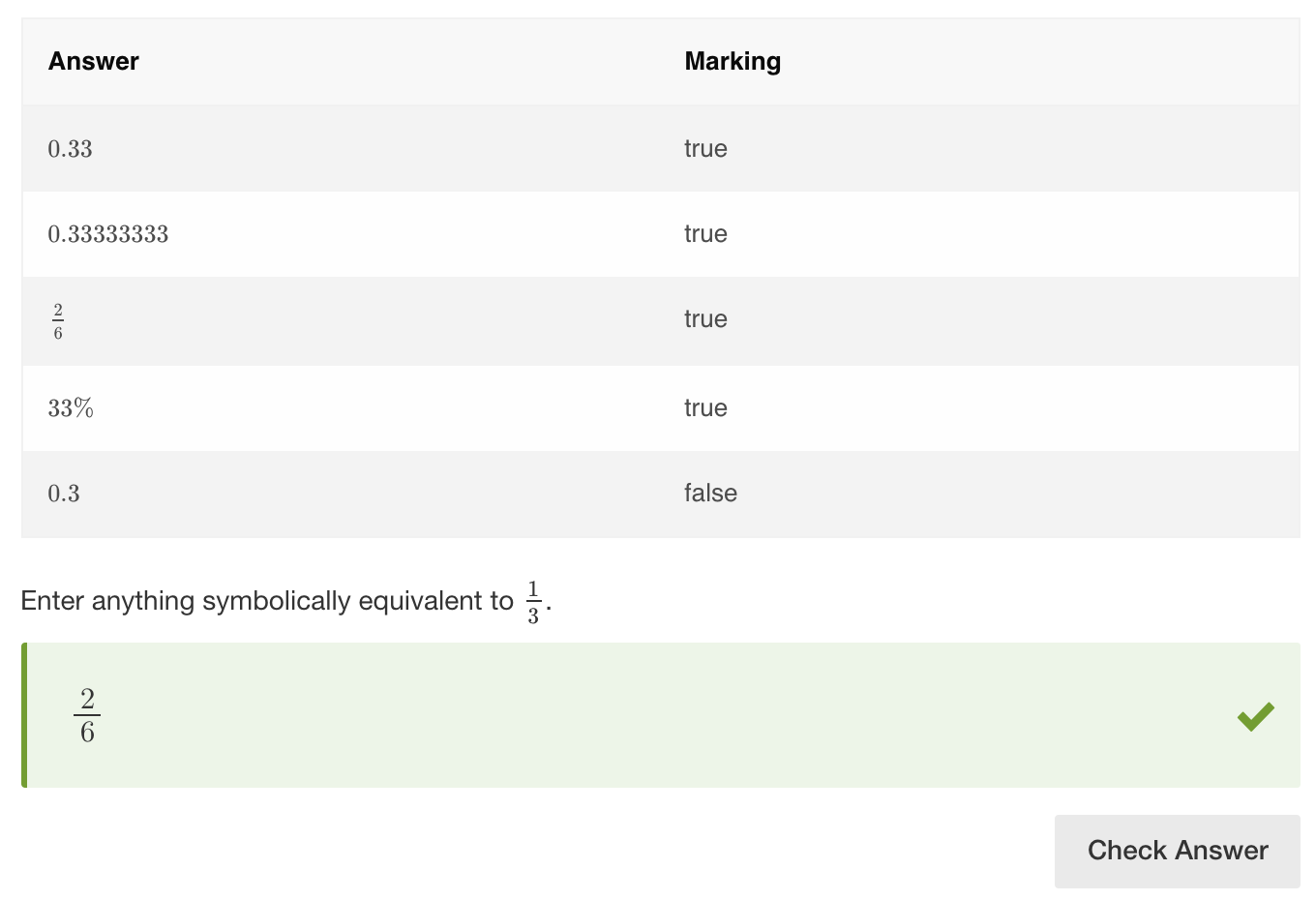 You can set custom units such as ft, kg, mi, etc. as text blocks in the More options section. This means that the units will not be rendered as LaTeX.

Compare sides is used with open-ended questions. it ensures the equation values entered by the student give the same mathematical result and are symbolically equivalent to the equation set by the author. 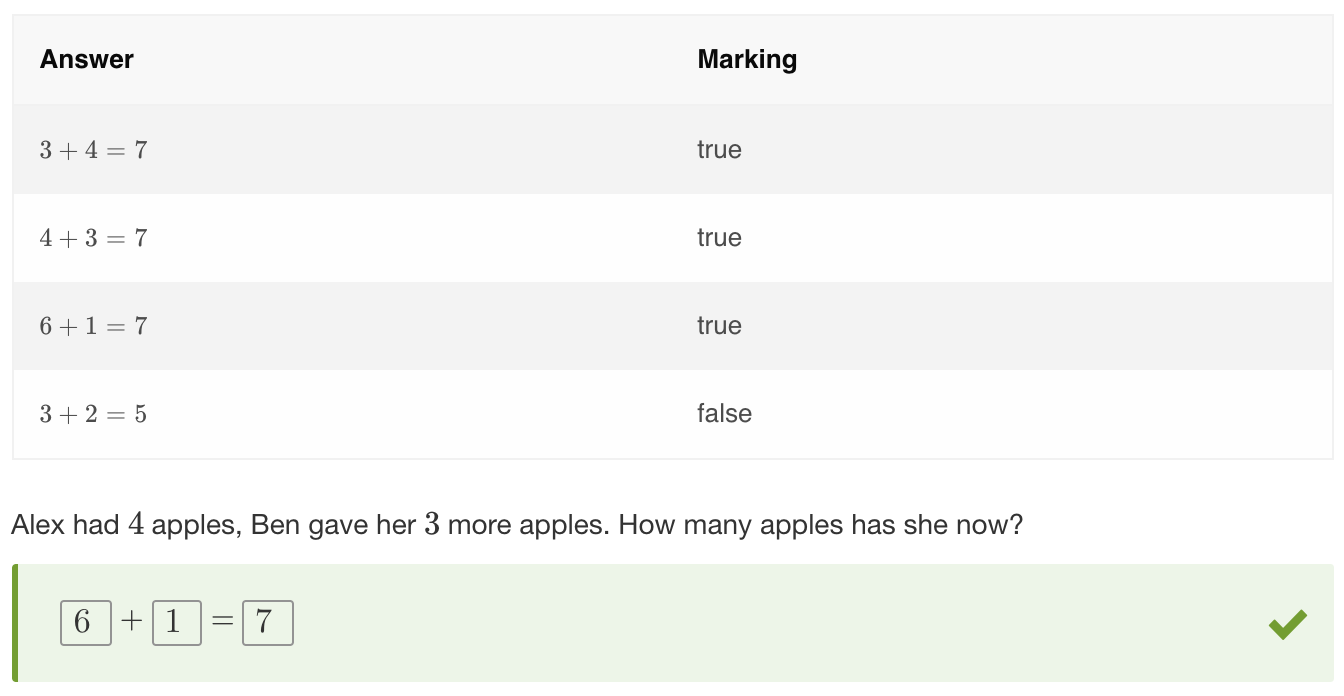 equivSymbolic is a very flexible method and is often used in conjunction with other methods.

In some cases, a student might be asked to give a correct response other than the one already specified in the stimulus. Authors can set such exceptions by combining equivSymbolic and equivLiteral, then enabling the inverse result option underneath equivLiteral. Now, any symbolically equivalent equation will be correct except for the actual valid response specified in question validation. 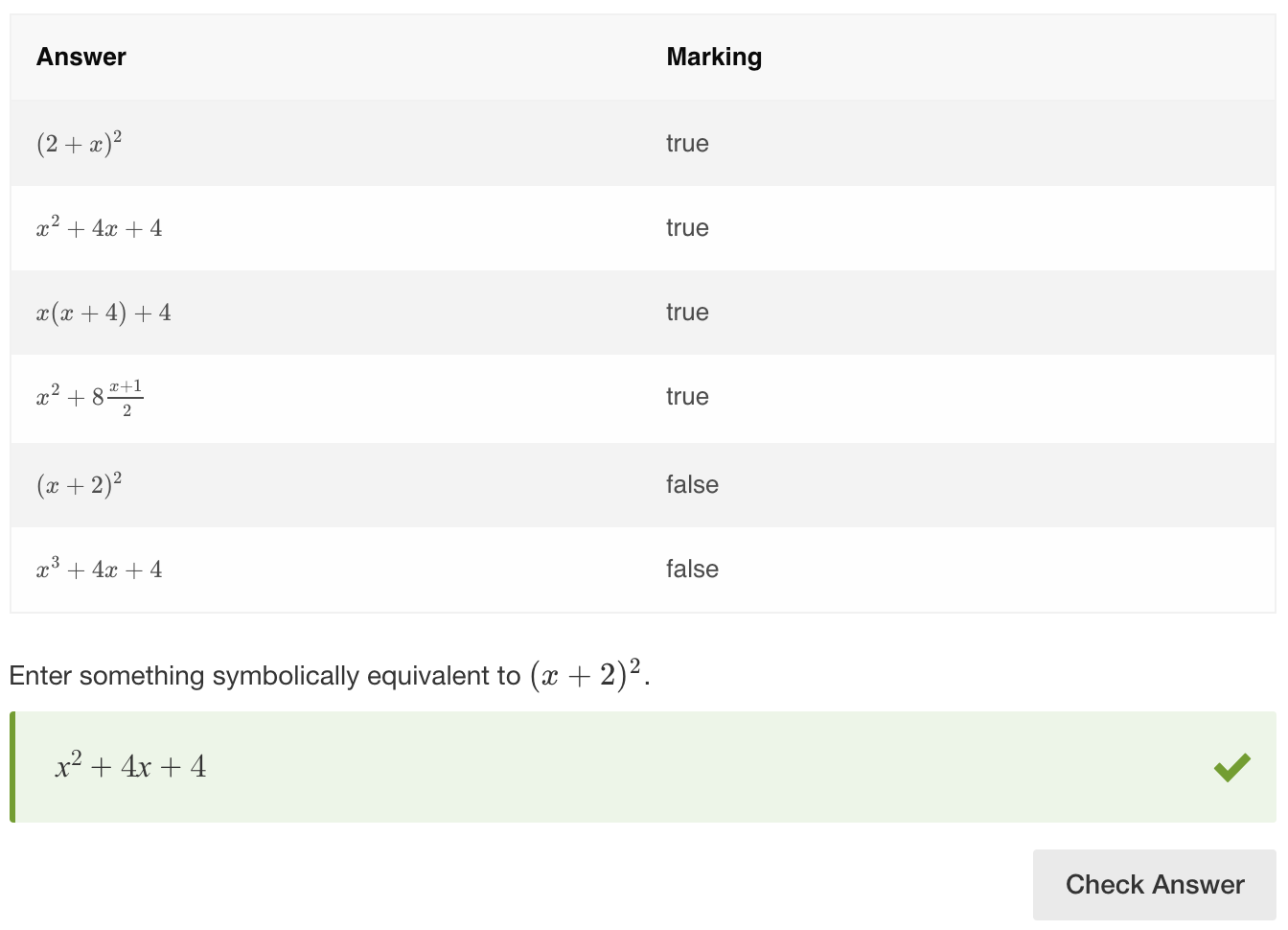